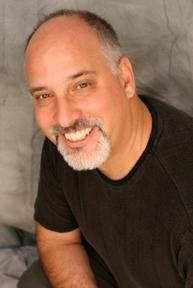 Mitch is a well-known drill designer, marching instructor, consultant and clinician who has worked in the U.S, Japan, Thailand and Singapore.  Newspaper articles and a radio interview with Mitch can be found here.

Mitch began his career as a high school marching band trombonist and continued at the University of Illinois, where he performed in concert and marching bands. Mitch performed with The Cavaliers Drum & Bugle Corps in the early 1980s.  After graduating from U of I with a Bachelor of Science in Computer Engineering, he began instructing the Cavaliers and various Illinois and Texas high school bands in his spare time.

In 1991, Mitch became the visual caption head of the Cavaliers and assisted the corps to two consecutive DCI visual caption awards and the 1992 DCI World Championship. In 1994 he wrote the Cavaliers' drill. In 2002, Mitch continued his drum corps experience as the program coordinator for the Santa Clara Vanguard.  Mitch was the Bluecoats drill designer from 2003-2008 and he wrote the drill for The Troopers Drum and Bugle Corps from 2007-2010.  Mitch returned to as visual designer for the Cavaliers from 2013-1015.

Since 1992, Mitch has been drill designer and visual caption head for the colorful and inventive nine time All-Japan Champion Aimachi Marching Band and Color Guard of Nagoya, Japan. He travels to Japan each year to work with Aimachi.

In 2001, Mitch also had the honor of spending five weeks in Thailand teaching one of his designs to the St. Paul Convent School Marching Band of SriRacha, Thailand, winner of the prestigious 2001 Yamaha Marching Band Competition.  Mitch has designed for several other bands in Thailand.